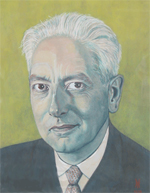 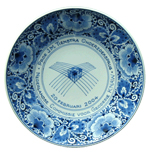 To promote and to make visible geodetic research in the Netherlands the NCG in 1998 has founded the Prof. J.M. Tienstra Research Prize. The prize is awarded to them who have carried out very useful geodetic research in the Netherlands or to Dutchmen who have done so abroad. The research may be referring to the whole geodetic field and related fields as represented in the NCG. The prize is presented every two years.

The prize obtains as an encouragement for further geodetic research and consists of the amount of 2,500 euro and a commemoration award. The winner can use the amount as extra facility for research, visiting a congress, a study tour, a publication, etc.

The Netherlands Geodetic Commission sets up a jury for every presentation. The jury reviews the idea, the result, the publication and the use of the received nominations.

Prof. J.M. Tienstra (1895-1951) was a professor and vice-president of the Delft University of Technology. From 1937 he was a member of the Netherlands Geodetic Commission. During the period 1945 - 1947 he was secretary of the Commission and from 1947 he was president until his death in 1951.