The Netherlands Geodetic Commission (Rijkscommissie voor Graadmeting en Waterpassing) was set up by Royal Decree of 20th February 1879 following an advice of the Royal Netherlands Academy of Arts and Sciences (KNAW). The Royal Decree defined the duties of the Commission as follows:

On the 5th October 1937 a new Royal Decree was promulgated by which the 'Rijkscommissie voor Geodesie' was established. The task of the new Commission was "to continue the scientific work of the old commission and at the same time act as general coordinator of the various government services in the field of geodesy".

Because of reorganization the 'Rijkscommissie', until than under the jurisdiction of the Ministry of Education and Sciences, was placed in the organization of the KNAW (Royal Netherlands Academy of Arts and Sciences). The name of the Commission was changed than into 'Nederlandse Commissie voor Geodesie'. 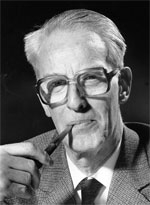