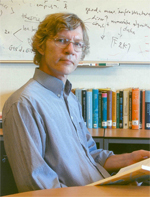 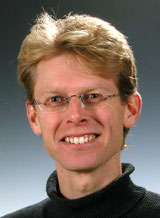 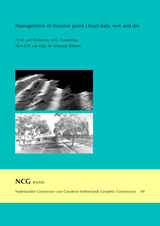 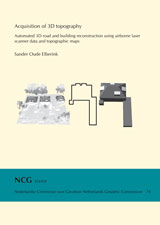 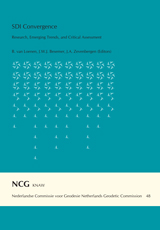 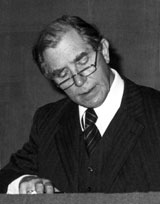 Former chairman of the NCG and member of the NCG Prof.Dr.Ir. Peter Teunissen has become Honorary Professor of the Tongji University in Shanghai (China). He received this award in November in Shanghai with the following words. "Professor Teunissen has a long-standing relationship with China through his geodetic work and his research on Global Navigation Satellite Systems. The award is given to acknowledge Professor Teunissen's excellence in research and esteemed contributions to geodetic science."
(06-12-2010)

The Prof. J.M. Tienstra Research Prize 2010 is awarded to Dr.Ir Bastiaan van Loenen on 10 November 2010 during the GIN symposium in Apeldoorn, the Netherlands. He received the prize for his relevant and excellent research on international administrative and legal aspects of geo-information, including development of theory and relations with practice. Dr.ir. Bastiaan van Loenen (1974) is working as a researcher at the Delft University of Technology (TU Delft), OTB Research Institute for the Built Environment, Department of Geo-information and Land Development.
(11-11-2010)

Three new members of the the Netherlands Geodetic Commission >>

Since December 11 2009 three new members of the the Netherlands Geodetic Commission are in function:

The Subcommission Core Spatial Data of the NCG has published her research plan. The field of research of the Subcommission is sketched and elaborated in ten themes. The themes can roughly be divided into two categories: research on interpreted core data (most often vector data) and research on raw or uninterpreted data as acquired by various kinds of sensors. These themes are mutually related.
(21-01-2010)