The Elements of Deformation Analysis 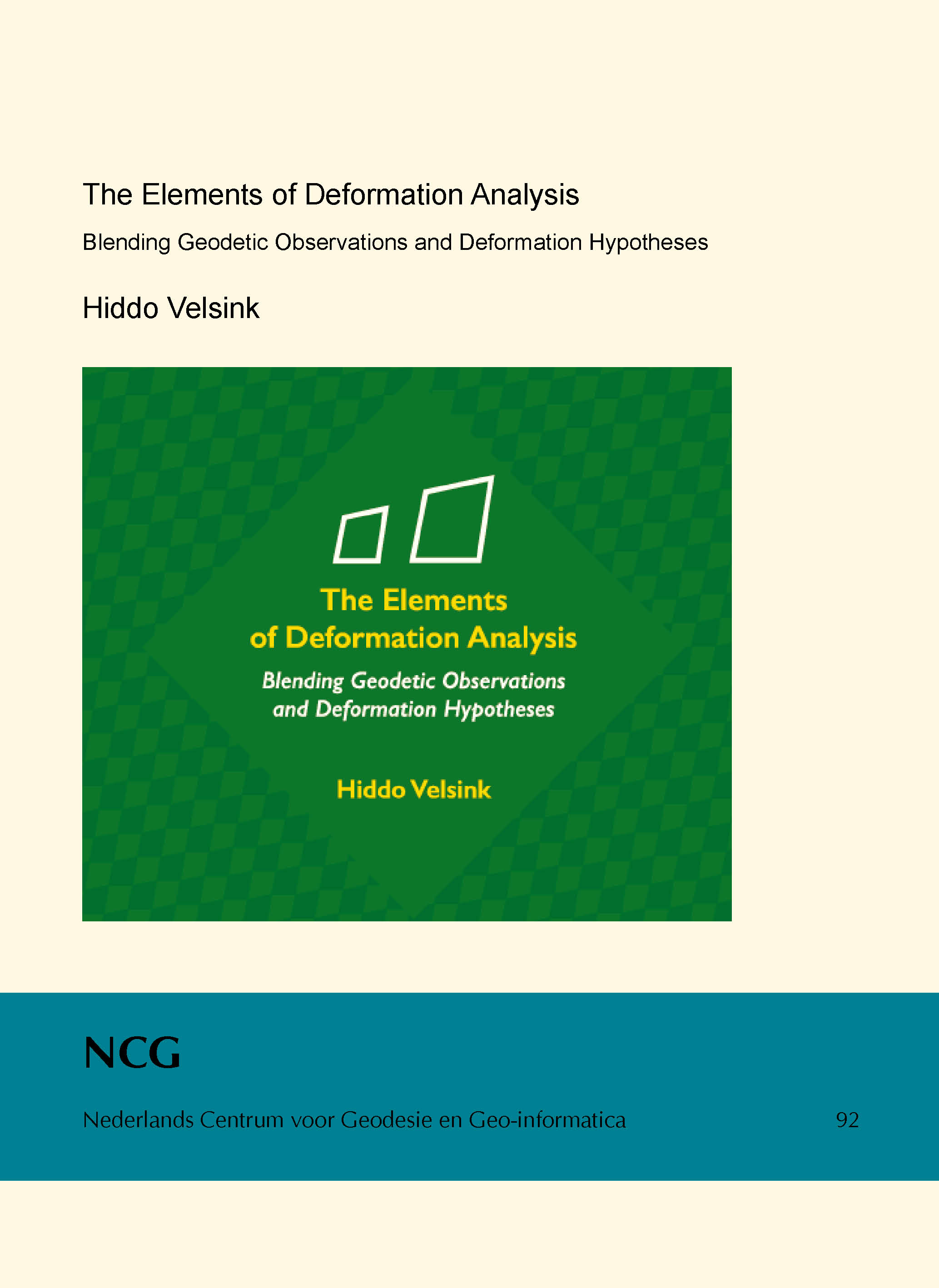 The subject of this study is deformation analysis of the earth’s surface (or part of it) and spatial objects on, above or below it. Such analyses are needed in many domains of society. Geodetic deformation analysis uses various types of geodetic measurements to substantiate statementsabout changes in geometric positions.

Professional practice, e.g. in the Netherlands, regularly applies methods for geodetic deformation analysis that have shortcomings, e.g. because the methods apply substandard analysis models or defective testing methods. These shortcomings hamper communication about the results of deformation analyses with the various parties involved. To improve communication solid analysis models and a common language have to be used, which requires standardisation.

Operational demands for geodetic deformation analysis are the reason to formulate in this study seven characteristic elements that a solid analysis model needs to possess. Such a model can handle time series of several epochs. It analyses only size and form, not position and orientation of the reference system; and datum points may be under influence of deformation. The geodetic and physical models are combined in one adjustment model. Full use is made of available stochastic information. Statistical testing and computation of minimal detectable deformations is incorporated. Solution methods can handle rank deficient matrices (both model matrix and cofactor matrix).
And, finally, a search for the best hypothesis/model is implemented. Because a geodetic deformation analysis model with all seven elements does not exist, this study develops such a model.

This study shows that key performance indicators can be derived from the method of hypothesis formulation and testing, and from rejection criteria. They can also stem from the description of the test quality by means of minimal detectable deformations. A clear procedure is possible, if an unambiguous way is provided to distinguish the observation noise, the deformation signal with zero mean in time, and the deformation trend from each other. The graphical visualisation, finally, demands clearly defined quantities that are sensitive only to the deformations of the object at hand and not to changes in, e.g., the reference system.

In this study I propose a geodetic deformation analysis model, which is built around a least-squares adjustment model. Two adjustment models are developed in this study: one model uses geodetic measurements in the observation vector. In the other model this vector holds pre-computed coordinates, which follow from separate adjustments per epoch. The parameter vector holds, for both models, the final coordinates. Both models yield the same adjustment results. The choice, which one to use, depends on the professional context in which the model is used.

The developed geodetic deformation analysis model is shown to be effective in several use cases. These use cases are geodetic networks in 1D, 2D and 3D that have been measured in several epochs, and which are analysed with one of the two adjustment models, mentioned above.

Moreover, the proposed analysis model not only possesses the seven necessary elements, mentioned before, it also has some additional advantageous characteristics. First, it is possible to define the S-basis of the geodetic network, used for deformation analysis, with points that are under influence of deformation. Secondly, there is no need for a separate analysis of reference and object points; they are analysed simultaneously. Thirdly, the deformation estimates of moving points are relative to all the other points of the same network (moving or not), not relative to an S-basis. These estimates are invariant for a change of S-basis, i.e. for an S-transformation. Finally, biases in geodetic measurements and deformation hypotheses can be tested simultaneously.