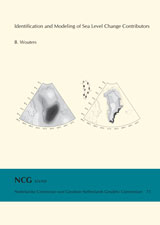 Recently, the Intergovernmental Panel on Climate Change named sea level rise as one of the major challenges of the 21st century. Given the high population density of coastal regions, a small rise of the sea level will have a substantial impact on human society. However, the Earth’s climate system is a complex matter and model predictions of the sea level changes likely to be expected in the coming century currently show a wide spread. Clearly, a thorough understanding of present-day climate variability is imperative narrow this uncertainty band, which on its turn depends on the availability of accurate and detailed observations of our climate. A valuable contribution to the expanding array of satellites dedicated to observations of the Earth System, are the Gravity Recovery and Climate Experiment (GRACE) satellites, launched in March 2002. This mission is dedicated to observing changes of the Earth’s gravity field at (sub-)monthly intervals. At time-scales of a few years, these changes are mostly related to the redistribution of water on the Earth’s surface. For example, a thinning of the Greenland ice sheet will manifest itself as a local negative anomaly in the gravity field, whereas the water that is added to the ocean will show up as a predominantly positive anomaly. The main objective of this dissertation is to study how the GRACE observations can be used to improve our knowledge of changes in the Earth’s climate systems, and how the data should be processed in order to optimize quality and spatial resolution.

The GRACE data provided by the science teams consist of spherical harmonic coefficients. They show particular correlations between coefficients of identical order and even and odd degree, respectively, due to the mission’s architecture and deficiencies in the background models used throughout the processing of the satellite measurements. These noise artifacts show up as striping patterns along the north-south direction in the monthly maps of surface mass changes, hampering the interpretation of the observations. In this dissertation, it is shown that empirical orthogonal function (EOF) analysis is an effective method to reduce the noise in the GRACE data. This statistical tool separates a data set into a number of characteristic (eigen)modes of variance, in combination with an index describing the amplitude of the mode in time, i.e. the principal components. The EOF analysis can be applied to the maps of surface mass changes, in which case the first few modes are related to the annual and long-term trend components. The fourth mode appears to be related to the El Ni/Southern Oscillation. The noise signals are absorbed by the higher modes, which makes the leading modes largely stripe-free up to a resolution of approximately 400 kilometers.

A further reduction of the noise can be obtained by applying the EOF decomposition directly to the spherical harmonic coefficients, after grouping them following order. The principal components are compared to a random process and, if the two are statistically sufficiently alike, not used in the further data processing. A series of tests shows that this approach reduces the noise by 60-80%, compared to the non-filtered case. An important feature of this filter is that it does not alter the shape of the signal and causes less reduction its power, compared to other commonly used filter methods based on the approach of Swenson and Wahr (2006). Using the filtered data, changes in the mass content of the ocean have been studied. The GRACE satellites are capable of capturing seasonal changes in the ocean mass content accurately on a global scale. In combination with sea surface height observations made by satellite altimeter, the steric sea level component (related to changes in the heat and salinity content of the ocean) can be separated as well. A comparison with reference data sets shows that locally a coherent signal can be obtained at a (Gaussian) resolution of approximately 500 km over the oceans. These steric changes dominate the sea level in most of the oceans, but strong ocean bottom pressure fluctuations are observed in several areas, e.g., the Gulf of Carpentaria and the Gulf of Thailand. Estimates of long-term changes in the ocean mass and heat content are a more challenging problem, and require a longer observation period and a better modeling of mass redistribution in the solid earth and the position of the center of mass of the Earth, two components to which the GRACE observations are particularly sensitive.

It is found that the global spherical harmonic coefficients contain more information than previously acknowledged. This is demonstrated by using the GRACE data to obtain a picture of the mass balance of the Greenland ice sheet at a regional scale. From the research in this dissertation, it shows that Greenland lost 179 Gigaton each year on average between 2003 and 2008, causing a global mean rise of sea level by 0.5 mm/yr. Comparing the trend in the first few to that in the last few years shows a speed-up of the thinning, which corroborates the picture of an increasingly negative mass balance of the ice sheet since the mid 1990’s as indicated by, for example, regional climate models and radar altimetry observations. The majority of the losses occur in the coastal regions in the southeastern sector. The northwestern coastal zones were approximately in balance up to the summer of 2005, but show strong negative trends since. Large year-to-year differences in the mass balance of the ice sheet are observed, with a record loss in the warm summer of 2007. A strong correlation between the GRACE observations in summer and satellite measurements of surface melt area extent is demonstrated. Also, good agreement is found with regional climate modeling data, highlighting the potential of the GRACE observations to validate and improve the numerical models.

A mass redistribution on land will cause a change in the shape of the global geoid. Sea level, when not acted upon by any other forcings, will adjust to this equipotential surface. Therefore, when water is exchanged between ocean and continents (and changes due to ocean dynamics are disregarded), sea level will not rise or fall uniformly, which is known as the so-called selfgravitation effect. Due to their global coverage, the GRACE observations of continental mass distribution are an excellent input to model this phenomenon. Strongest deviations from a uniform distribution are found off the coast of Alaska and in the Bay of Bengal, where differences of more than 100% are found on seasonal time-scales. In these regions, inclusion of the selfgravitation effect into numerical ocean model would result in a better agreement between modeled and observational data.

From the work presented in this dissertation, it shows that the GRACE satellites are an invaluable tool for the monitoring of our climate system. Statistically filtering of the data reveals a wealth of information. In combination with altimetry observations, the GRACE data allows the separation of mass and steric components in sea level on seasonal time scales. Given a longer observational period and an improved understanding of the processes in the solid earth, expected to come available soon thanks to ESA’s GOCE missions, long-term trends in these components will be identifiable. Furthermore, the GRACE mission allows us to put a constraint on the contribution of the Greenland ice sheet to present-day sea level rise. The technique to recover these changes can easily be expanded to other regions, such as the Antarctic or the Alaskan glacier fields. The synergy between GRACE data, future missions such as Cryosat-2, which will map height variations of the cryosphere with an unprecedented accuracy, and regional climate models, uncovering the physical processes behind the observed changes, promises a leap forward in our understanding of the mass balance of the ice sheets. Finally, comparing the modeled deviations from uniform sea level changes with in-situ data such as from tide-gauges, may lead to a direct validation of the aforementioned selfgravitation theory with present-day data.